This delicacy is to the taste of all sweet lovers without exception. Despite the long and painstaking process of preparation, Napoleon cake – a dish we have loved since childhood – is in the arsenal of almost every housewife.

To cook Napoleon, you need to: 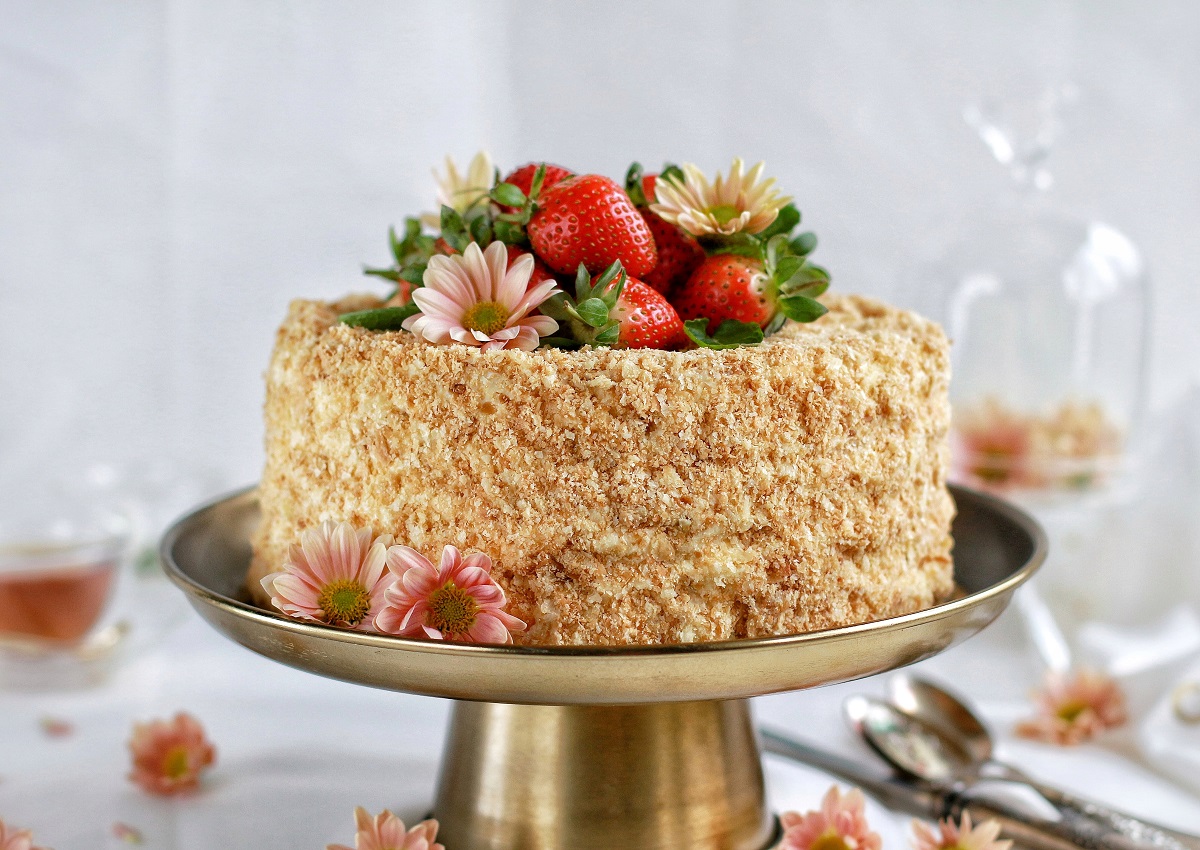 You can try this traditional Ukrainian dish at the Nikki cafe-restaurant or order it to be cooked at home. The dish is suitable for any holiday or ordinary home tea drinking.

It is still not known exactly where the name of this cake came from. In France, the birthplace of the commander Napoleon, this confection is called “a thousand layers” and was filled with jam. Some believe that this name comes from a corruption of the word “Neapolitan”. According to one version, the dish was invented in Russia at the beginning of the 20th century, when chefs baked an unusual cake in honor of the centenary of the victory over Napoleon Bonaparte. To prepare this delicacy, triangular-shaped puff pastry and custard in milk and butter were then used.
Despite the mystery and mystery of origin, this dessert is incredibly popular to this day. Dessert will be appreciated by both adults and children.

HOW TO GET TO US?

Getting to Cafe Nikki is easy enough. It is located in the center of Priorka at the intersection of Lugovaya and Avtozavodskaya streets.