Cheesecake (from the English cheese – cheese and cake – cake) – one of the most popular dishes in America and the UK, belongs to the classics of European and American cuisine, is rightfully considered one of the simplest and most unpretentious desserts in terms of ingredients.

Cheesecake originated in ancient Greece, where it was called “curd pie”. Cheese made from goat’s or sheep’s milk was at the heart of the preparation then. There are historical references to cheesecake as a dish that was given as a gift to the winners of the Olympic Games. Indeed, because of its milk-cheese structure, it is a very satisfying and healthy treat.

Cheesecake is very popular in English speaking countries. For example, this dessert was even served at the coronation ceremony of the current British monarch, Elizabeth II. After the recipe for this dish was sold for hundreds of pounds.
Cheesecake is a product that loves to be looked after while it’s cooking. The most common baking failure is the cracks in the cheese.

To avoid this result, you should: 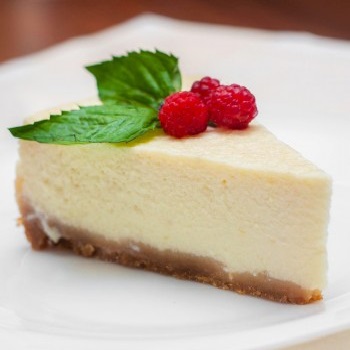 Philadelphia cheese is used to make this cake today. It is worth talking about his invention separately. Cream cheese for dessert filling was first prepared in the USA in 1872 by William Lawrence, who was trying to create a product imitating the French nechâtel, and accidentally discovered the so-called “unripe cheese”. He, by the way, is much heavier and fatter. The product was called Philadelphia, as this state was famous at that time for delicious and high-quality food. Today, cheesecake is prepared mainly from it or from its analogues.

A distinctive feature of this dessert is that it is not baked from a biscuit, like most cakes, but from grated cookies or crackers. Chocolate or other spices are also added to the dough, and decorated with berries and fruits, such as bananas, apples, strawberries. By the way, there are many recipes for making cheesecake without baking at all.

HOW TO GET TO US?

Getting to Cafe Nikki is easy enough. It is located in the center of Priorka at the intersection of Lugovaya and Avtozavodskaya streets.